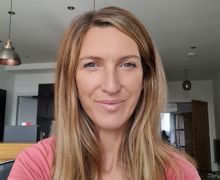 Kate was a student at Polam Hall School from 1987-1994 and she has two children at the School. She went on to study Law with European Law at Nottingham University and forged her career as a Commercial Litigator in a leading Global Law Firm in London. After 15 years in London Kate returned to Darlington. She was appointed as a Parent Governor in 2016 and became Chair of the Academy Council in October 2019.

Kate studied French and German at A-level and spent the third year of her LLB Law Degree in Germany, during which time she became a fluent German speaker. Kate is the Academy Council Link for English and Modern Foreign Languages, with languages being an area of personal interest.

Kate has always been a keen sportswoman which led her to become involved as company secretary to the charity Women Win (2011-2015), an organisation which aims to support and encourage girls to reach their full potential through sport. She is now embarking on a Masters in International Sports Management at Northumbria University.

“Polam Hall School is a very special place – there is a warmth and strong sense of community which you can feel the moment you walk through the school gates. I am really proud of the journey the school has been on over recent years and where we are today, and I’m proud to lead the Academy Council in supporting and challenging the school in achieving its Vision, fulfilling its Mission and living its Values. We are now building on strong foundations and I am ambitious and excited for the School’s future.” 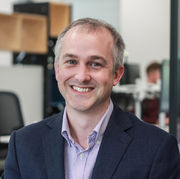 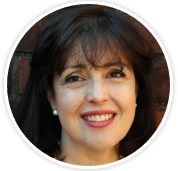 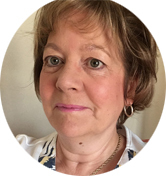 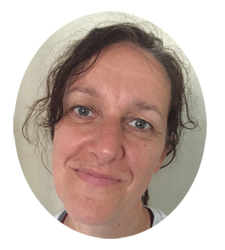 Ally has been a professional registered nurse since 1990, working in predominantly the speciality of Ophthalmology, as well as emergency care, paediatrics, minor injuries and non medical prescribing. Within this time, she has travelled extensively to work and live in the UK, USA, New Zealand, Canada and Australia, before settling down in Darlington in 2000, marrying and having her children. Both sons attend Polam hall in the senior school.

Ally has experience in working at strategic level within NHS and Higher education, as she has lead on numerous service improvements and is currently working on curriculum standards; as programme leader, with the General Optical Council (GOC) to finalise a three year BSc (Hons) Clinical Optometry programme at Teesside University (TU). Ally currently holds the post of Senior lecturer in Nursing at TU, and is completing a nursing text book for care of the adult patient, focusing on ophthalmology and sight impairment.

In her spare time, she enjoys family time, travelling, running, socialising, reading and volunteers for community events, being part of the Darlington Community Carnival team organising the parade and park events. Ally was fortunate to work with the charity Transform Healthcare Cambodia in early 2018 and travelled to Battanbang, Cambodia to undertake eye clinics and education for nursing/ medical staff. Many glasses were kindly donated by the school, thank you!

Ally is delighted to be recently elected into this parent councillor role, and is looking forward to being involved with Polam Hall School, as part of the Woodard Academy, in its ever evolving journey within the national educational forum. 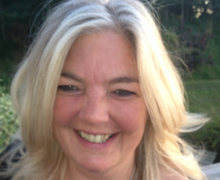 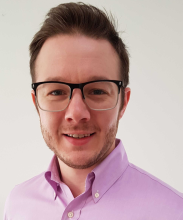 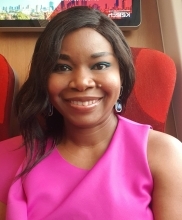 Dorothy is a retired schoolteacher.  Whilst teaching she achieved her NPQH (National Professional Qualification of Headteachers).  In her last role she was a senior manager with oversight of the curriculum and management of KS1 and EYFS.

Since retiring she has taken up crafting full time and runs many crafting workshops on a variety of subjects.

One of her passions, that she has been able to pursue since retiring, is story writing.  To date she has nine published books, six children’s books and three adult novels, with the seventh children’s book ready for publication.

She was recently widowed but enjoys the company of her two adult children and her four grandchildren.

I applied for a summer placement in 2003 and then following this, joined Clive Owen LLP in 2004 as a trainee after graduating from Newcastle University with a BA (Hons) in Accounting and Finance. Once I completed my professional examinations, I was admitted to the Institute of Chartered Accountants in England & Wales (ICAEW) on 1 July 2008 and became a Fellow (FCA) on 1 July 2018.

I work within the Audit and Accounts department providing owner-managed business support including audit, accountancy, and management accounts.

As a Senior Manager I manage the day to day aspects of a large portfolio of clients, including, in particular, our academy clients.  I am also responsible for development of both the firm and others within the accounts and audit department. I also play a key role as part of the firm’s Social Events Team.

I have worked with a variety of clients over the years in all areas of accounts preparation, audit, and management accounts. As the charity and education department expanded, I became directly involved in supporting the Partners in this area. I have over 10 years’ experience working with academies in all aspects of the year end audit and Academies Accounts Return, annual Teachers’ Pension Scheme audit, and termly Internal Assurance reporting.

I didn’t always want to be an accountant - once upon a time I fancied a career as a nurse, but my fear of blood and needles meant I wasn’t a good candidate.
I excelled at mathematics at school achieving high grades in A Level maths and further maths so was torn between becoming a maths teacher or an accountant.

I am married with two young children so when I am not at work family time is important. Our favourite activities include trips to the seaside or to the park, cycling or going for long walks.

Kieran is originally from the Lake District, but spent a number of years in the North East during childhood, moving to Middleton St George in 2019.

Kieran is a Management Consultant specialising in business transformation and change working across the Defence, Aerospace, IT and Rail sectors. He works with clients to ensure they can become more efficient and effective often employing technology to deliver sustainable outcomes.

He is also an avid England Rugby supporter.